Last unit for the year 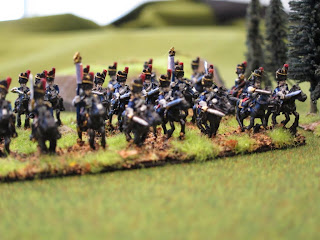 I thought I would do something special for my last painting day of the year - Grenadiers a Cheval - "The Gods". These were the most elite unit of the Imperial Guard Cavalry, big men on big black horses.

They were selected from the bravest men from the Heavy Cavalry with at least 10 years service and 4 campaigns. Napoleon was reluctant to commit this regiment to battle.

They were a bit of an indulgence for me to paint, not being in the plan for Quatre Bras, but were involved in Waterloo. They join the Emperor's "beautiful daughters" - 12lb Old Guard Foot Artillery as my only Imperial Guard regiments so far. 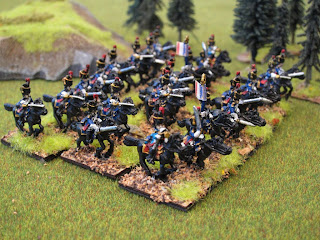 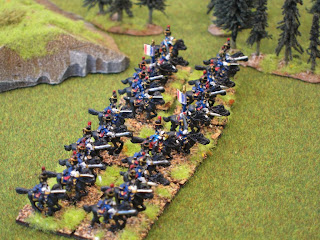