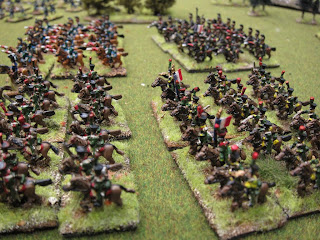 I finished the 5th Lancers which were the last part of Pire's Light Cavalry Divison at Quatre Bras and Waterloo. They played an crucial role in fighting the British 1st Guards Division in the Bossu Woods. At Waterloo they guarded the French left flank and supported attacks on Hougoumont.

Count Pire's Division is made up of  -

Again Redline figures - the Lancers are a little bigger in proportion the the Chasseurs. They come in a number of poses to give variety to the line. The 6th Lancers were first Redline figures I painted at the beginning of the year, and the 5th almost the last figures I painted for the year. It's been an interesting journey in between - lots of figures painted, a lot of things learnt. 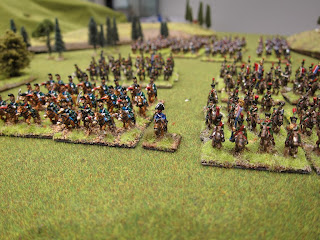 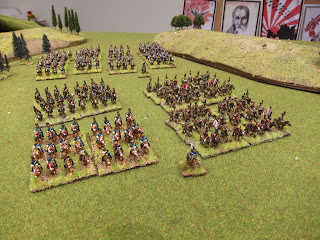