Major General Baron Jean-Baptiste van Merlen commanded the 2nd Netherlands Light Cavalry Brigade made up of the Belgian 5th Light Dragoons and Dutch 6th Hussars. He had earlier fought against the British in Spain on the French side. Made a French General in 1814, he returned to his homelade in the Netherlands after the first abdication to take a command in the new Netherlands army.

The 5th Light Dragoons suffered heavy casualties in clashes with the French at Quatre Bras. On engaging with the 6th Chasseurs for Pire's Division, the French recognised the unit and called on their old comrades to defect. Merlen refused and ordered a charge. As it pulled back unsuccessful, their green uniforms were mistaken for the French Chasseurs by some British troops and they suffered further casualties form friendly fire.

The 6th Dutch Hussars also took heavy casualties during Quatre Bras. At waterloo they helped repulse the French Cavalry attacks. Over the two battles they lost 45% of their strength in casualties.

Mark Adkin reports in "The Waterloo Companion"  - During a melee at Waterloo he defeated a French General he knew well, but released him saying "General, this is my side of the battle, yours is over there. Take care of yourself; farewell!" Shortly after Merlen was wounded and died a few hours later. 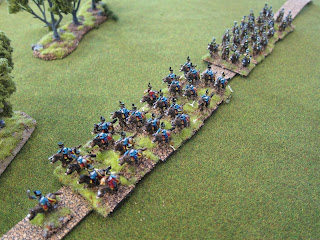 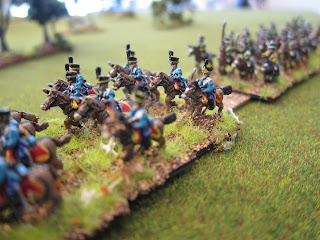 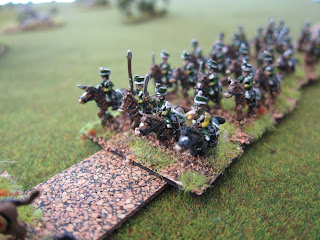 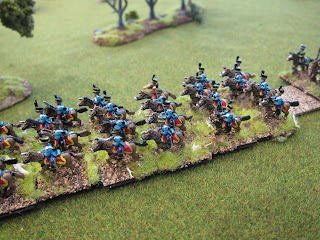