General de Division Francois Kellerman commanded the III Reserve Calvary Corp during the 1815 campaign. He lead a brigade of Cuirassiers on a successful charge at Quatre Bras, capturing the Colours of the 69th Foot before making it to the crossroads. He narrowly escaped after his horse was shot from beneath him by hanging on the bits of of two trooper's horses. His Cavalry were involved in the massed charges against the Allied square at Waterloo.

He was called "the Younger" as his father had served as a General in the French Army.

The III Corp numbered some 3600 sabres - made up of the 11th Division containing the 2nd and 7th Dragoons  and the 8th and 11th Cuirassiers, and the 12th Division with the 1st and 2nd Carabiniers and 2nd and 3rd Cuirassiers along with supporting horse artillery.  The 11th Division was engaged at Quatre Bras, as the 12th had been delayed crossing the Sambre River.

Most of the figures I had painted earlier, just needing to finish off the 3rd Cuirassiers and create some leaders. To make the leaders I used a Old Glory packet of Cuirassiers as a base. I cut of the square portmanteau at the back of the saddle and used some green stuff to model some coat tails. I also covered up the sheepskin shabraque at the front of the saddle and made cloth pistol covers out of green stuff. One had a comb replacing the horse hair on the helmet to become a Carabinier General. They were based individually on a 15 x 15mm for the General de Brigades, and with another rider on a 20 x 20mm for the General de Division. Standard bearers or trumpeters were used as the second figure.

Kellerman was from the French Leaders pack with two Cuirassier escorts. They came out pretty well. 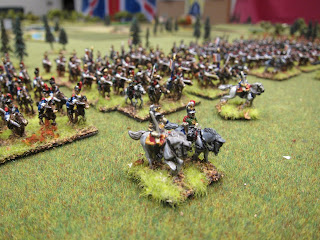 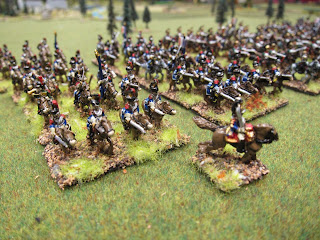 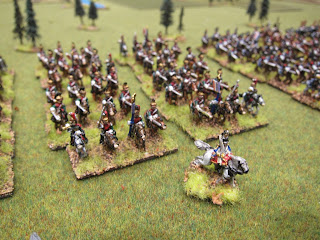 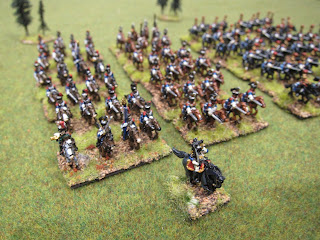 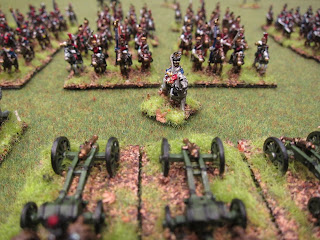 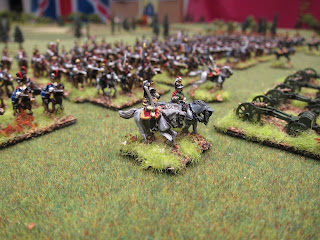