Picton's 5th Division, the Reserve, had some of the most battle experienced of the Allied army at Waterloo. Many of the Regiments had fought against the French during the Peninsular War. The Reserve was under the direct control of Wellington during both Quatre Bras and Waterloo. Picton was wounded at Quatre Bras and hid the fact. Unfortunately he was killed by a musket ball to the head during Waterloo two days later. Wellington mixed in inexperienced units (Hanovarians) in with the experienced ones.

Once again, nice Redline figures. I have painted the first two brigades - Kempt's and Pack's. Half of them were painted last year, and I had been putting off the rest. Bit the bullet and all done. Waiting for Si to get some Hanovarians made up to fill out the last Brigade in the division, 4 battalions of Hanoverian Landwehr.

Pack's 9th Brigade
Artillery Major Hiess
Also have Picton to do himself. 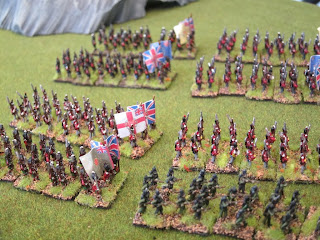 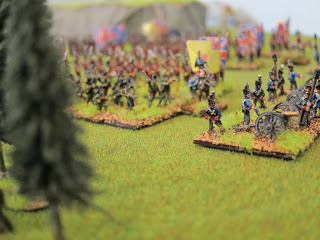 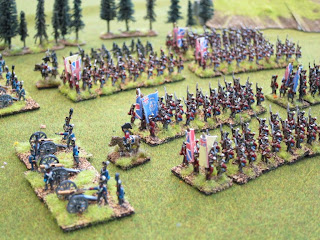