Late last week a box of reinforcements arrived from Bend Sinister. Si is very helpful and quick on the postage considering he is sending them across the world. A few days later the Black Duke has some infantry under his command. 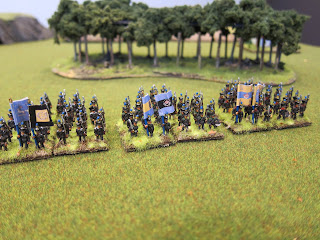 First on the painting bench were the Brunswick Line regiments. Quick to paint, it took longer to mount and dismount them of the painting sticks than really to paint them. The only difference between the 1st, 2nd and 3rd regiments are the collar colours. Flags were from Napflags.

The Leib regiment was even easier as their plumes are black. As they had no standards, I had to cut off the poles and paint them brown to look like muskets. Hard to tell at a distance. One base of 6 is missing as I lost one of the men while cutting them off the painting sticks. It's in the room somewhere, I just can't find it. A reward has been offered to find the deserter.
Each unit has 30 figures based in groups of six (except the Lieb regiment). I think I'll order another packet of Brunswick line to fill out the units two six bases of six.


The 1st, 2nd and 3rd Light are next  on the list with the Avant Garde/ Jaegers soon following.  Then it is just the hussars to finish the Brunswick Division. And I have to find a Black Duke and commanders. I've ordered some Old Glory Prussian Generals and thought I could do some minor conversions. 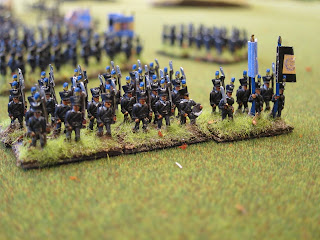 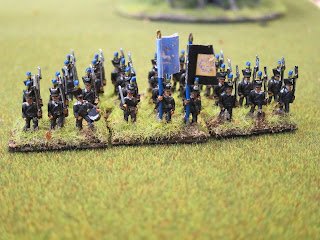 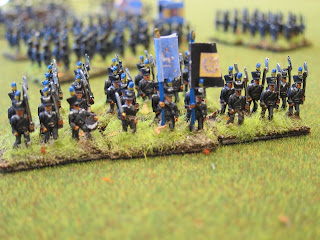 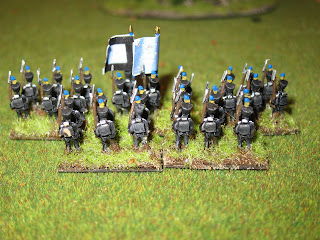 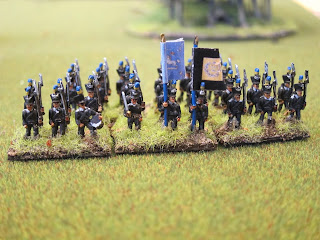