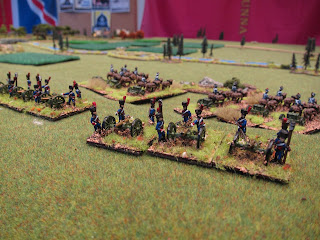 The 1st and 2nd were present at Quatre Bras and shelled the Allied troops in between cavalry attacks.

At Waterloo the 1st and 2nd Companies were on the eastern flank, the 3rd an 4th on the west near Hougoumont. Neither saw much action during the day. 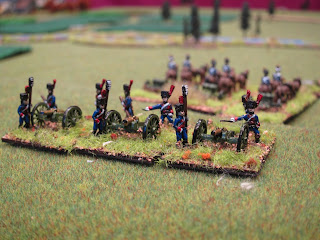 I have painted the 1st and 2nd, that were involved in Quatre Bras. The figures and guns are Redline's. Great to paint as usual. The blue and red uniforms are quick to do.

Unfortunately I haven't had an opportunity to paint much else lately, so productivity has dropped.

I have been prepping a large amount of artillery for French, Dutch and British batteries. The focus is to finish most of the Artillery for the 1815 OOB's as well as number of cassions and limbers. 10mm is a great scale to have developed artillery parks. 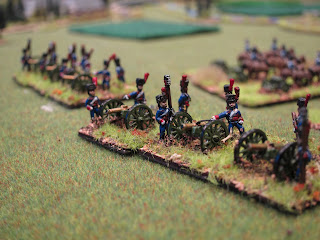 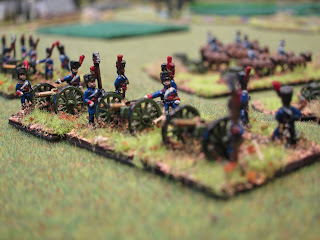