Comte Honore Charles Reille commanded the II Army Corps of the Armee De Nord. The Corps numbered some 20,000 men in three Divisions of infantry (5th, 6th and 7th) and one Division of Light Cavalry (2nd) and a small reserve of artillery. They were the main force at Quatre Bras under Marshall Ney, and took the West flank at Waterloo. There they were sucked into the unsuccessful assault on Hougoumont for most of the day.

Prince Jerome Bonaparte's 6th Division was the largest with 7900 men, just under 400 figures. I have 12 x 36 figure battalions which make it over strength. 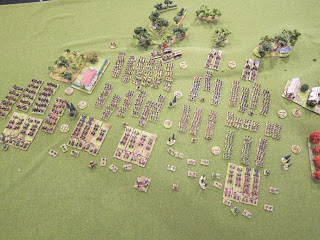 The effort by David Young in painting close to 500 French Line and Light made it possible to finish off this Corps. The whole of the 6th Division's infantry are David's work. In total there is more than 1000 infantry, 96 Cavalry, 20 guns with limbers etc.

Looking at the pictures, I have missed out one Foot Artillery battery from Bachelu's Division, which I have in the drawer. I also am short on leaders for the Corps, some ADC's have graciously stepped in while the leaders are found. Aside from these small omissions it is done.

I just need to finish off some Guard Chasseurs a Cheval and Lancers and the French OOB for Quatre Bras is complete. Oh and a Ney figure. 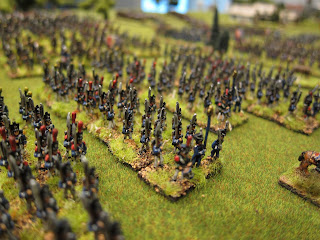 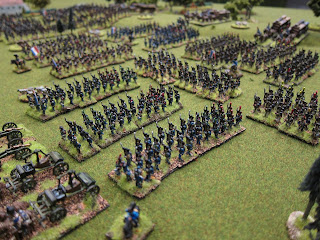 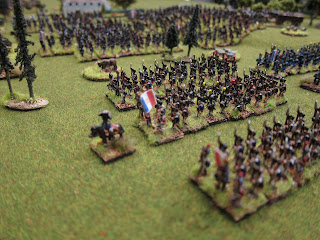 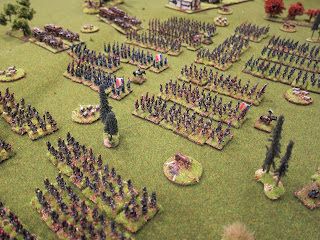 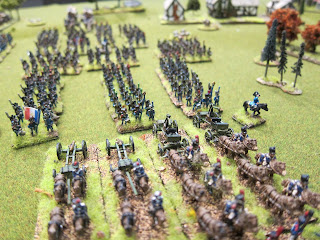 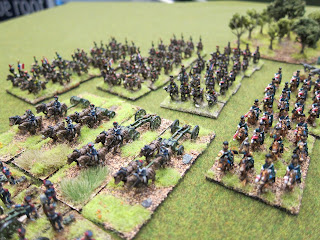