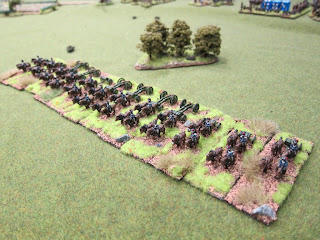 I have finished 12 French Line limbers today. I configured six with guns and six without. I now have enough limbers etc to cover all my current French Artillery in an artillery park. This is something I would never been able to do in 28mm. So far I have painted up 22 bases for the French artillery park
There are six French ammunition caissons left to do, probably after I make a few more batteries for them to support. 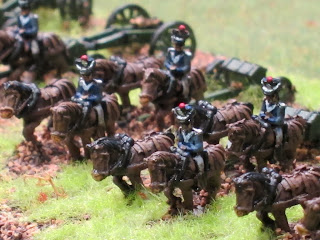 As part of "Republic to Empire" artillery has a limited ammunition supply. At the moment I represent this with some dice place next to the battery. I plan on making a scenic block that goes in between the limbers etc that will have a place for some 5mm dice to be slotted in. I'll decorate it with some various artillery accessories, probably make a mould and cast them in resin. They could be used by any nation. 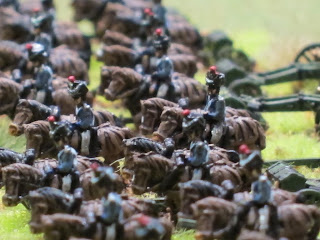