The Escape of the Black Duke - a mini campaign 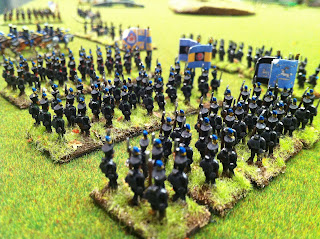 I have been planning a series of linked scenarios as a mini-campaign following the Duke of Brunswick's escape to the coast in 1809. While not a full blown campaign with complete freedom of movement across a map with changing forces, this was a way to play a series of games that are linked with consequences.

I have five planned scenarios. Depending on the success of each, the Duke's forces will grow from scenario to scenario. Victory condition will be defined for each scenario with bonus depending on if it is a major or minor victory. Defeats may have consequences of a reduction in forces. 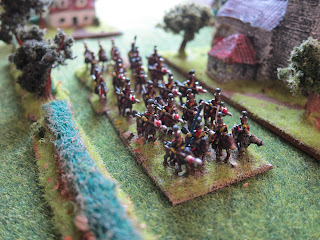 5. Escape to the coast

I'm currently drawing up some maps and working out some OOB's for a reasonably balanced game. It will be slightly weighted in favor of the Brunswickers so it will flow through, but not a walk over. It also allows me to paint up the troops gradually for the later games.

I'll post the details of each scenario as I go.

Happy for any feedback or advice about making an enjoyable series of games.
Posted by Karim at 2:59 PM